Each and every year there are millions of drug prescriptions written for depression and anxiety. These type of prescriptions are quickly becoming the most common prescribed drugs on the market today. Unfortunately, this type of treatment does not always work. Not everyone will react the same to a particular drug. Many of these drugs are also highly addictive and they can produce unacceptable side effects. 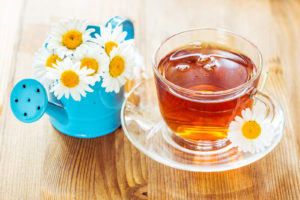 This is one of the main reasons why anxiety suffers are switching to natural remedies for anxiety. Traditional, natural remedies have a proven long history of effective and safe use. For centuries, the medical profession and science have known that there are natural remedies that work better than drugs for controlling anxiety. Therefore, if you are someone who suffers from anxiety, it is important to understand some of the natural options that are available.

Every culture throughout history has used various plant parts such as roots, berries, seeds, flowers, bark, and leaves as medicine. Archaeologists have discovered evidence that these plants have been used medicinally for centuries. In fact, over 75% of the population in the world today continue to rely primarily on herbal remedies for a family’s health care. In recent years there has been a resurgence in the use of herbs when it comes to issues of anxiety.

Some of the natural remedies for anxiety include a long list of herbal and supplemental remedies such as (Panax ginseng) ginseng, (Passiflora incarnata) passionflower, (Rhodiola rosea) Arctic Root, (Melissa officinalis) Lemon Balm Tea, (Camellia sinensis) Green Tea, (Ginkgo biloba) Ginkgo, (Piper methysticum) Kava, and many others. Various supplements include fish oil, probiotics, magnesium, tryptophan, and taurine. There are also vitamins that are used for anxiety such as vitamin D, B complex vitamins, and and Inositol.

Arctic root, as an example, is located in colder climates such as central China and the Arctic. It has been used in both Chinese traditional and Scandinavian medicine. It contains a potent substance called adaptogen. Adaptogen will strengthen your overall resistance to both emotional and physical stress. It is an effective solution for anyone who suffers from anxiety that is accompanied by fatigue. It is also useful for depression, memory loss, chronic fatigue syndrome, and fibromyalgia. For people who have anxiety and low energy, this is an excellent herbal remedy to consider.

Ginkgo, on the other hand, is one of the worlds most impressive and ancient plants. Fossils dating back over 200 million years ago contained ginkgo plant impressions. The ginkgo tree was growing during the time of the dinosaurs. An interesting point of fact is that there were a few ginkgo trees at the center of the horrific Hiroshima bomb blast. These hardy trees survived the blast and are still alive today. Chinese medicine has used ginkgo leaves for thousands of years. Ginkgo works for anxiety by releasing a stress hormone called cortisol. Cortisol reduces both stress and anxiety.

Everyone reacts differently when using a herbal remedy to control anxiety and therefore a person may need to experiment with different herbal remedies before deciding which one works best for them. If you are someone who suffers from stress or anxiety then you owe it to yourself to investigate whether a certain herbal remedy will work for you.