Depression isn’t just feeling blue or sad but rather it is a very serious mood disorder that includes symptoms that can range from mild to debilitating and at times potentially life threatening. Depression affects millions of people throughout the world. It affects people of all ethnicities and ages including adolescents and children. Most doctors will provide counseling and medications to relieve the symptoms but it is interesting to note that there are some excellent herbs for depression that may also help. 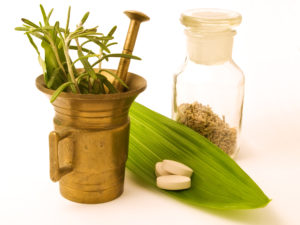 The use of herbs for depression is gaining popularity each and every day. The reason for this is primarily that people are beginning to look for more natural ways to manage their health. This is especially true of the majority of mood disorders which include anxiety and depression. The question remains however whether herbal remedies are effective and safe? This article will explain a few of the more common herbal remedies that many people are switching to.

Hypericum Perforatum is more commonly known as St. John’s Wort. St. John’s Wort is often used to treat mild mood disorders and moderate depression. This herb has been used for hundreds of years as a product that has proven to promote good mental health. In Europe today, it is being used by many who suffer from a mood disorder or depression. However, anyone who suffers from bipolar disorder should not take this herb as it could trigger mania.

The Chinese have used ginseng as an aid for depression for thousands of years. You will find this product in the root of the Asian or American ginseng plant. Ginseng is a herb that has been proven to reduce stress while at the same time helping to improve mental energy and clarity. The properties in ginseng are extremely effective when dealing with low motivation and energy. Unfortunately, like St. John’s Wort, ginseng has been known to also trigger mania in people that suffer from a bipolar disorder.

There are currently studies going on about both chamomile and lavender as a herb that can help to manage anxiety and depression. One study that used chamomile found that a group of test subjects had greater relief from depression and anxiety then a another group in the study that used a placebo. Lavender is also a herb that has the ability to improve sleep and reduce anxiety. However, more studies are needed so as to confirm the results and findings of both chamomile and lavender.

The bottom line is that natural supplements and herbs can work for some people who suffer from depression. They are not however an adequate substitute for anyone who suffers from serious depression. Anyone who uses herbs for treatment of anxiety and depression should make sure that they inform their family physician. The reason for this is that there could be a potentially dangerous side effect produced with other drugs that are being used.

There is no doubt that depression is a disease that is treatable. Nevertheless, it is important for each individual to be patient as you go through a period of trial and error to work out the best solution.